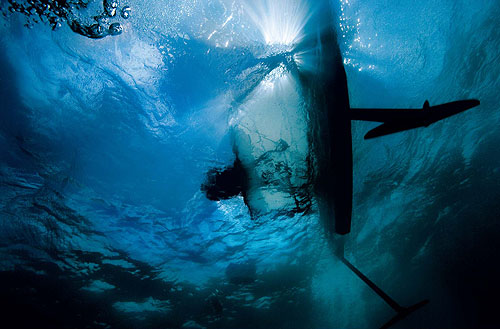 How did you start with sailing photography?
– I was working as photographer ”inside” La Poste ( French Post ) when they build a boat for Whitbread round the world race in 1987. I did most part of 1989/1990 race ( following the race and doing photos mainly at start), and since that time have quit French Post to be free lance. 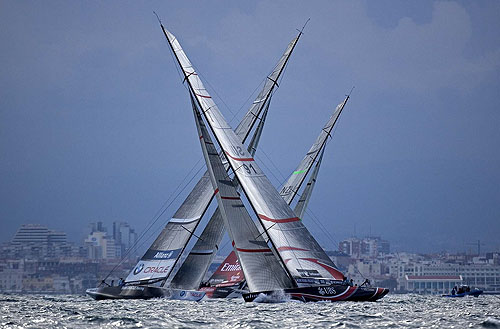 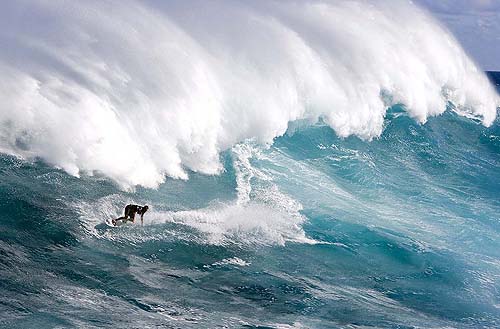 North shore of Maui Island. Surfer in action at ”JAWS”.

Which picture are you most satisfied with?
– Normally the last report I did. ;+)

Worst regatta to shoot?
– Any one finishing under the rain by night. 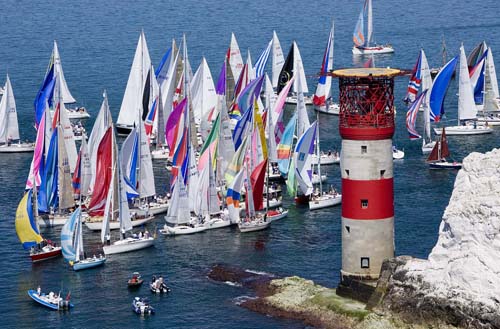 2006 Round the Island Race, Isle of Wight. More than 1600 sailing boats. Part of the fleet under spinnaker at ”The Needles” in light wind. 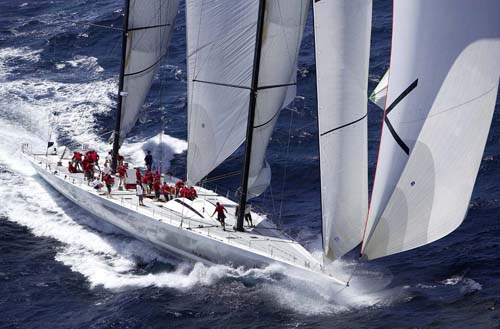 Any advise for those who want to become a better sailing photograph?
– Do a lot of images. Take care of shutter speed (minimum 1/1000 with long lenses) 100 ISO, and shoot RAW! Don´t be you 1st fan, be realistic.

How do you see sailing photography develop in the future?
– Good question, as we are in Digital system now, it”s hard for us to predict future. I don”t know how young (or beginner) will make enough money to cover all cost to produce images and make a leaving when there more and more ©-free images in circulation”. We are all part of the process, and don”t know what will happen. 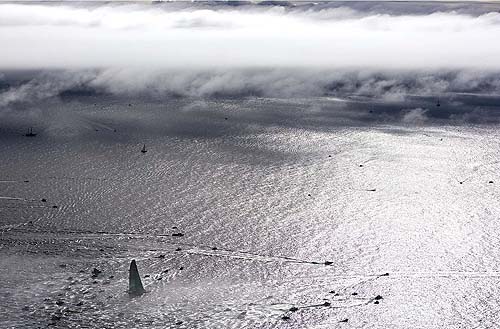 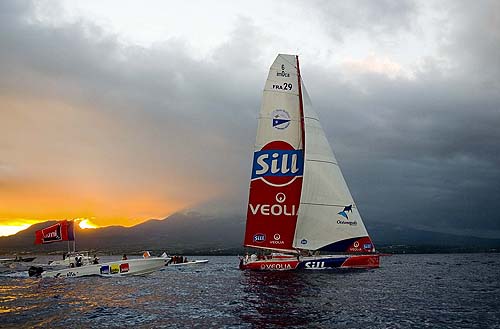 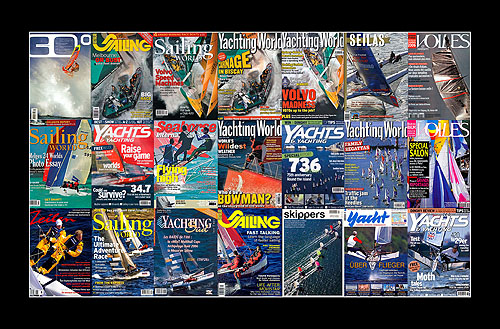