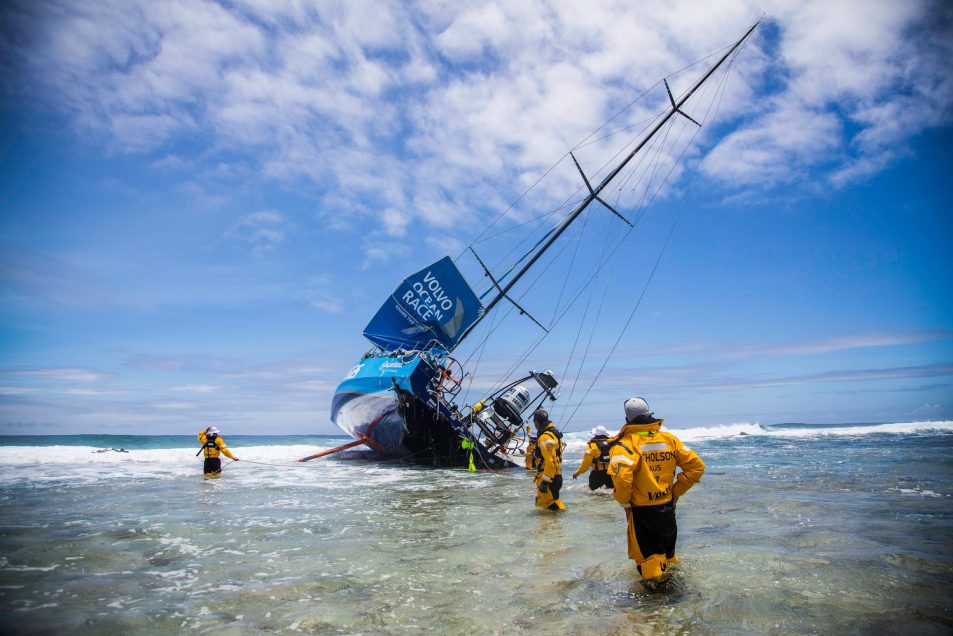 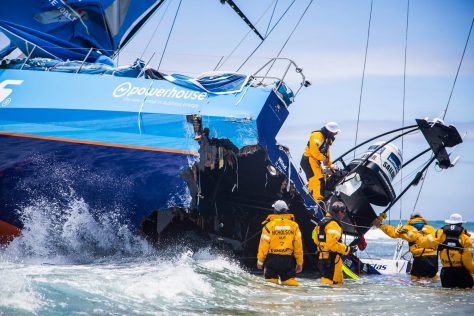 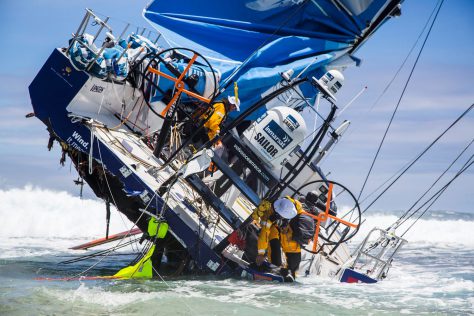 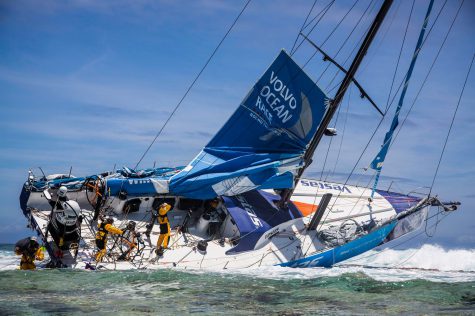 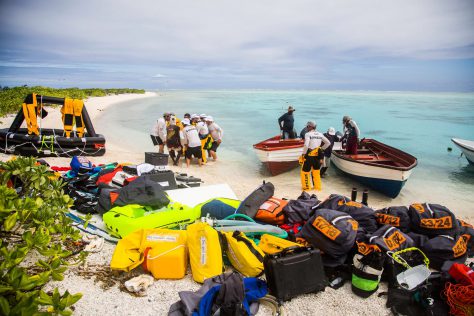 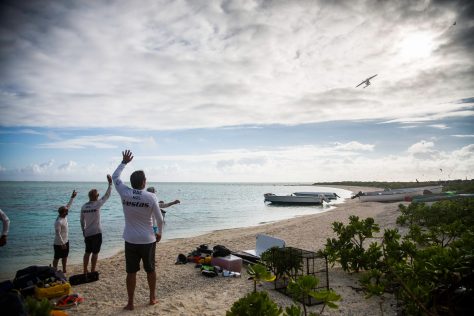 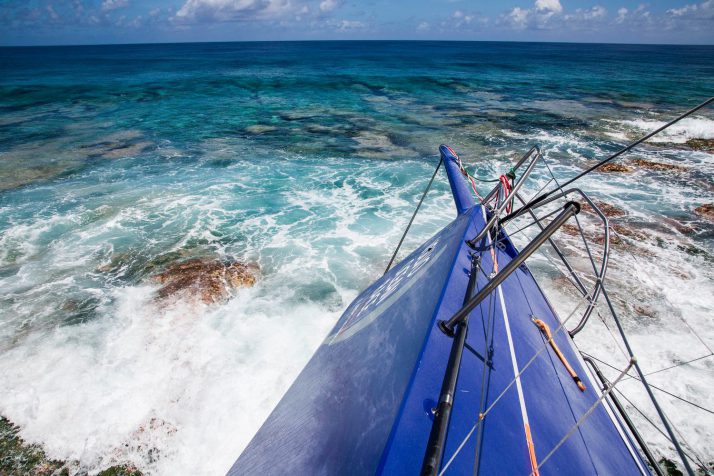 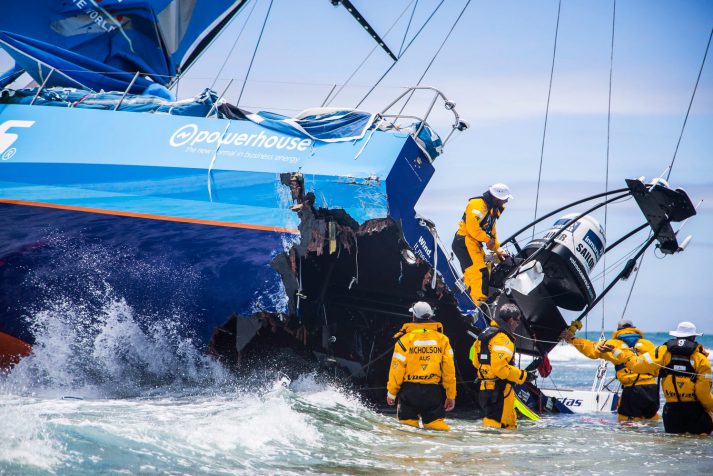 ”Volvo Ocean Race’s ship-wrecked nine-man Team Vestas Wind crew finally made it back to civilisation on Wednesday, telling of their amazing escape from a collision with an Indian Ocean reef which grounded their boat.

The unshaven, exhausted team in the global ocean race were holed up, incommunicado, for three days in the remote archipelago after their boat ran into the reef on Saturday afternoon at 1510 UTC.

Chris Nicholson, their 45-year-old skipper from New South Wales, who was contesting his fourth edition of the nine-month Volvo Ocean Race until the accident at the weekend, said he was still piecing together his emotions after the crash.

”The past four days have been very challenging for all of us, and I am extremely proud of the whole crew’s professionalism, composure, and endurance. It’s clear that human error is responsible for the shipwreck, there’s no avoiding that. And as skipper, I take ultimate responsibility.”

They had smashed into the coral rock at 19 knots – the equivalent of 35 kilometres an hour – in the 65-foot Volvo Ocean 65 boat, span 180 degrees and crashed to a halt, grounded on the reef.

The crew could have left the area on Monday but decided to stay an extra day to pick up key equipment from their battered boat.

Their blue vessel, caught underneath breaking waves, is badly damaged, but the crew decided to remain for an extra 24 hours to complete a clean-up operation around the area.

”The bad things had to come off,” said Nicholson, having just stepped off the local fishing boat, ’The Eliza’, that transported the nine-strong crew back to the mainland. ”We had a clear list of removing that equipment, and once we had all those off the boat it came down to removing things that were expensive. We’ve done a really good job in clearing it all up.” 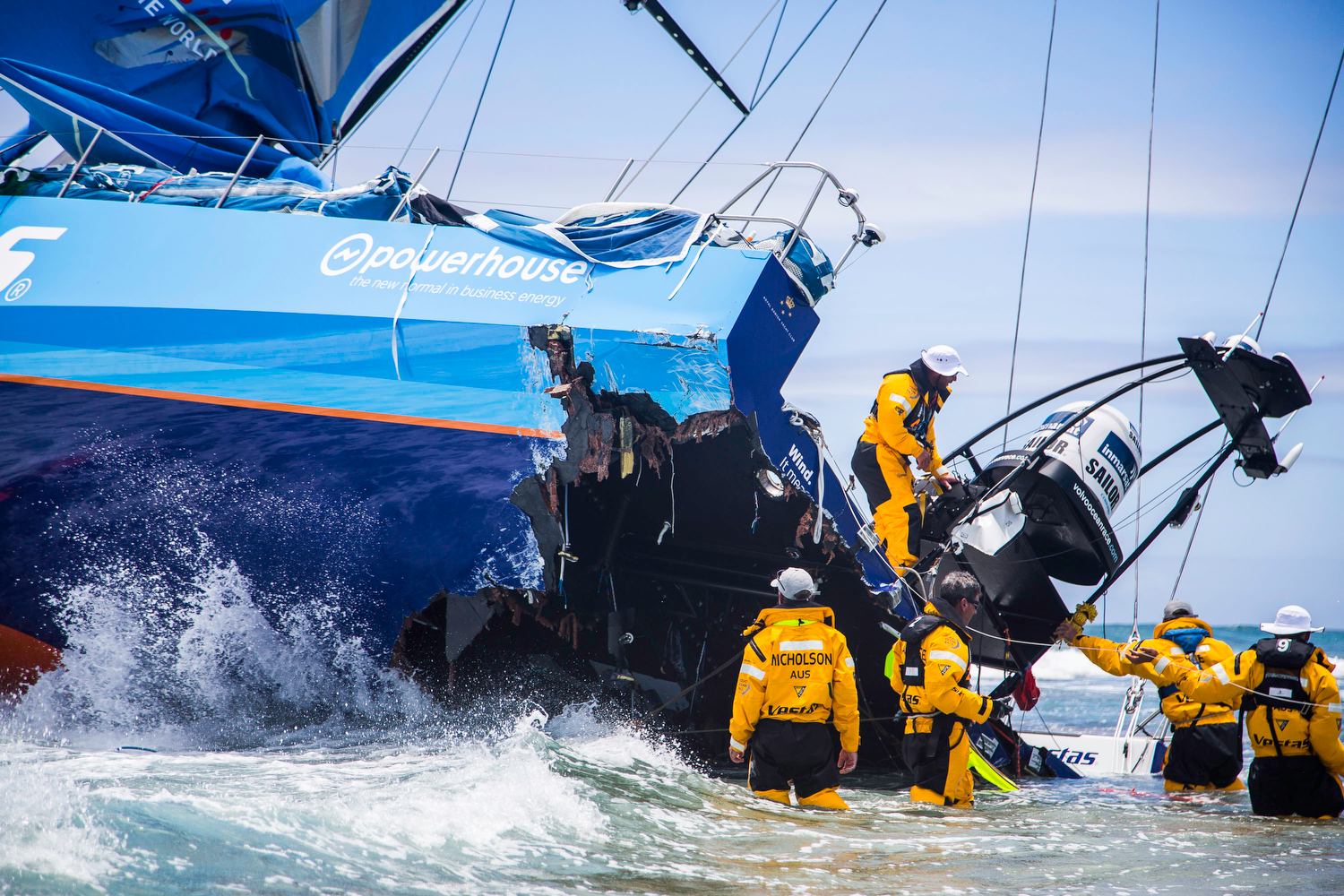