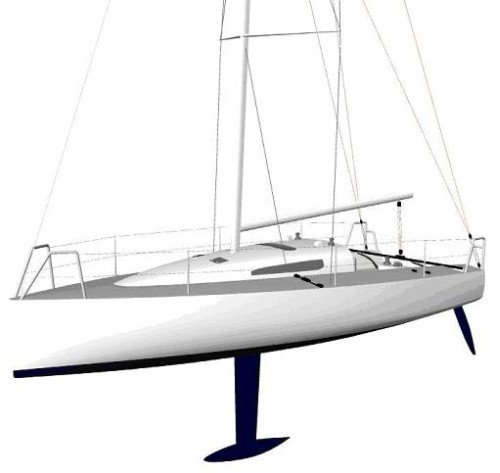 I started working on that project last winter when I was able to take part in the creation of the actual Classe 9.50 rule with Jean Marie Vidal (Creator of the rule). I then was invited to present this new class to a UK audience during the Petit Bateau Solo Sailing Conference organized in Southampton in March. This is when I met Ulf. From there we started working together on that project with the aim of starting a series production. The rule was finalised late in the spring and from there we were able to finalise our design as well. The boat is now in construction at the yard and the first one should touch the water in January or February 2008, before being tested and then exposed at the Stockholm Boat Show in March 08. Production wise we could have several boats on the water by the end of 2008.

As far as the class is concerned we are still waiting for the French sailing federation official recognition, but this should happen fairly soon. It is now the time to get some boats on the water and see how the fleets develop, while a specific racing calendar is being set up accordingly. 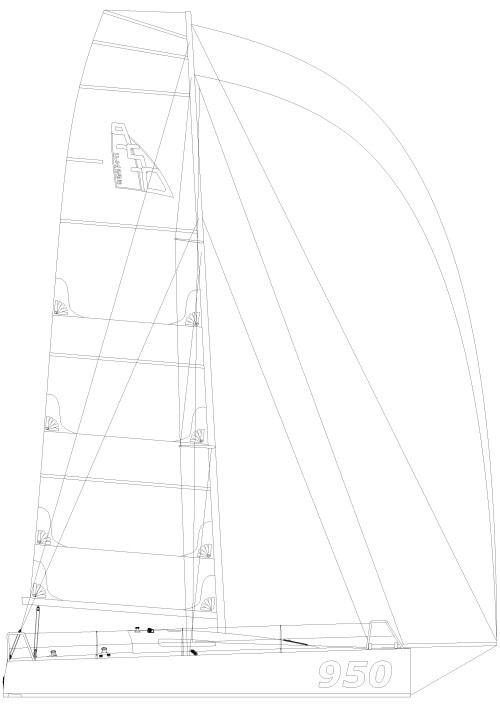 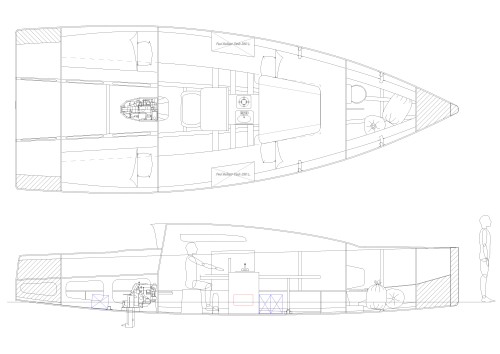 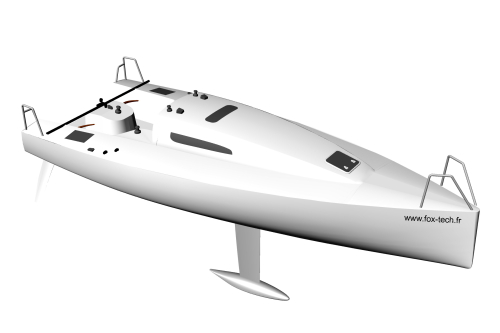 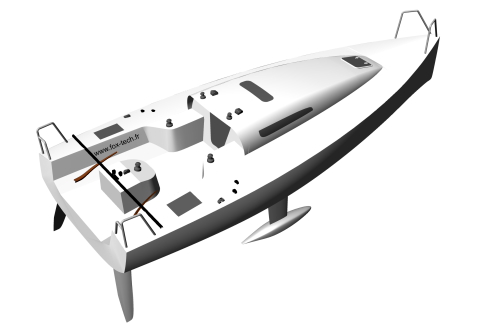 The FoX 9.50 has been created to meet the growing demand for a fast and safe offshore racer of affordable size and technical refinement.

The creation of such a yacht has been tightly linked to the birth of the association Classe 9.50, which aims to bring more accessibility into offshore racing by creating yachts of sufficient size and internal volume to enable the dual use of both racing and cruising, without drifting into the budgets of 40 footers.

She features all the parameters of a true and fast offshore racer and has been optimised for optimum performances within the limits of the rule Classe 9.50. Although she hasn?t been designed to IRC but to maximum performances, she is bound to perform well in the traditional offshore events, while a class specific racing calendar should be implemented soon. Simplicity and efficiency have lead the design process to create an affordable and low weight craft with an ergonomically sound layout orientated towards short handed manoeuvrability and ease of use at sea and racing. The high aspect and well balanced sail plan, the fine and optimised appendages, the powerful but low wetted surface hull and the water ballast arrangement are all performance testimony. Inside, the layout featuring four berths and sitting room for up to 6 people is distributed around the navigation area.

To insure the reliability of our yachts, they are all built with a tight Swedish refinement to ISO structural standards out of e-glass and vinylester resin sandwich on a PVC foam core, while being fitted with the highest standard hardware.

Being Sailing Category A and OSR Category 1 compliant, she meets all the standards in term of safety and features two watertight bulkheads and buoyancy volumes distributed inside the craft. 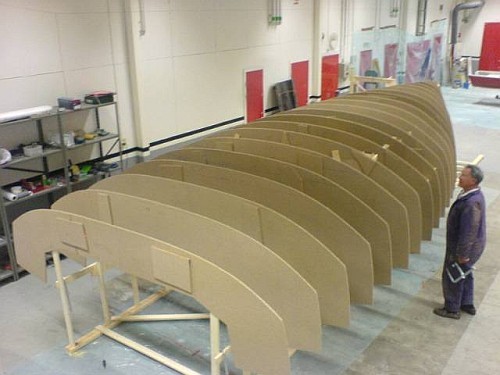 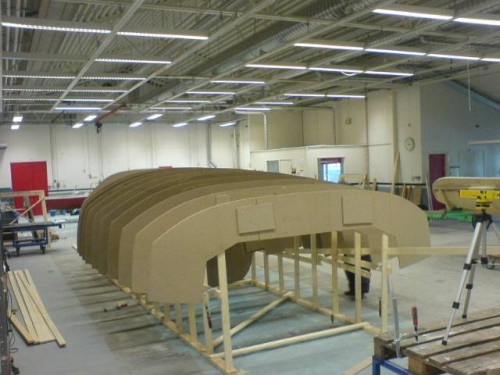 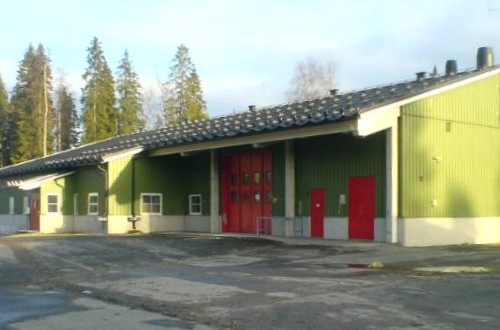