Sydney, 26 December 2018 – A glorious, sunny summer afternoon provided the setting for an impressive 2018 Rolex Sydney Hobart Yacht Race start. As the first yacht to successfully clear Sydney Heads, Peter Harburg’s 100-ft Black Jack – for the second year running – gained an early psychological advantage over her rivals ahead of the more testing and sustained challenges which lie in wait as the frontrunners head south down the New South Wales coast. A fleet of 85 yachts from nine countries commenced the 74th edition under a consistent 10-12 knot north-easterly breeze and within the amphitheatre that is Sydney Harbour, spectators filling every vantage point onshore and on the water.

This year both the contest to arrive first in Hobart, Tasmania and to claim overall victory on corrected time promise to be wide open. Rolex, celebrating 60 years of its relationship with the sport of yachting in 2018, has been Title Sponsor of the race since 2002.
Line honours: Comanche recovers Of the five 100-footers in contention, four have tasted line honours success in one of their many previous guises. Jim Cooney and Samantha Grant’s Comanche, only the sixth yacht to pass the Heads but soon leading the fleet following the initial exchanges in open water, delivered a new race record last year. Following an extensive training programme she is arguably in better shape this year. Victory in 2017 came at the expense of eight-time line honours winner Wild Oats XI, currently experiencing her longest run without success since first dominating the scene in 2005.

Subject to numerous modifications over recent months, the form of Seng Huang Lee’s Hong Kong entrant Scallywag was harder to gauge and a little over three hours into the race bowsprit damage forced her retirement. Christian Beck’s InfoTrack completes the field of contenders.
Navigators on the frontrunners were forecasting a 48-hour finish time which is some way off the race record of 1 day, 9 hours, 15 minutes and 24 seconds. Iain Murray, tactician/strategist on Wild Oats XI was braced for a complex race. “It’s not going to be the windiest. It will be strategically challenging with a number of races within the race.” A relatively fast passage south during the first evening was forecast before the leaders face the prospect of overcoming challenging lighter patches during the second day.

“To have the five 100-footers here for this race is great. The stakes are really high – everyone has recruited the best offshore sailors in the world,” explained Black Jack skipper Mark Bradford.
Overall victory: An open field Over the past decade, seven yachts measuring 52-ft and under have claimed the Tattersall’s Cup and Rolex timepiece, rewards for the race’s most sought-after prize – outright victory on handicap. On the docks of race organisers Cruising Yacht Club of Australia (CYCA) this morning, the prospect of this being a ‘smaller boat’ race was gaining traction. Bruce Taylor, owner/skipper of the 40-ft Chutzpah, preparing for his 38th Rolex Sydney Hobart, predicted a different contest to last year’s downwind sleigh ride south. “The conditions are highly variable which is the absolute antithesis to last year which was highly predictable. The forecast is changing by the minute. From our point of view it will be a matter of negotiating the calm conditions off Tasmania. It will be one of those races where it won’t be over until it’s over.”

“The big boats will run out of air down the New South Wales coast,” concurred Bryan Northcote, navigator on the S&S 39 Mark Twain, “meaning the back end of the fleet has a real chance this year.”
Although no crew has retained the Tattersall’s Cup since 1965, Matt Allen, owner of last year’s winner, the Botin 52 Ichi Ban, is intent on challenging that statistic and has reason to be confident. “We know a lot more about our boat than this time last year and are more comfortable with our sail set up,” explained Allen. “We’re looking forward to the challenge of attempting to go back-to-back. Trying to beat all of the boats in your size range is the first priority.” This group alone is highly-competitive comprising the likes of Teasing Machine, Privateer and nine TP52s. “I don’t see a significant gap between the 50-ft boats unless there is a change in the current weather forecast,” admitted Teasing Machine owner Eric de Turckheim, one of the contenders who has the incentive of becoming the 14th overseas winner of the race.

For the international fleet comprising more than 1,050 sailors from some 30 different countries, a compelling 628-nautical mile contest lies ahead. An edition which will demand precision in navigation, synergy in teamwork and tactical guile, all qualities which have made Rolex a natural partner of the race since 2002. 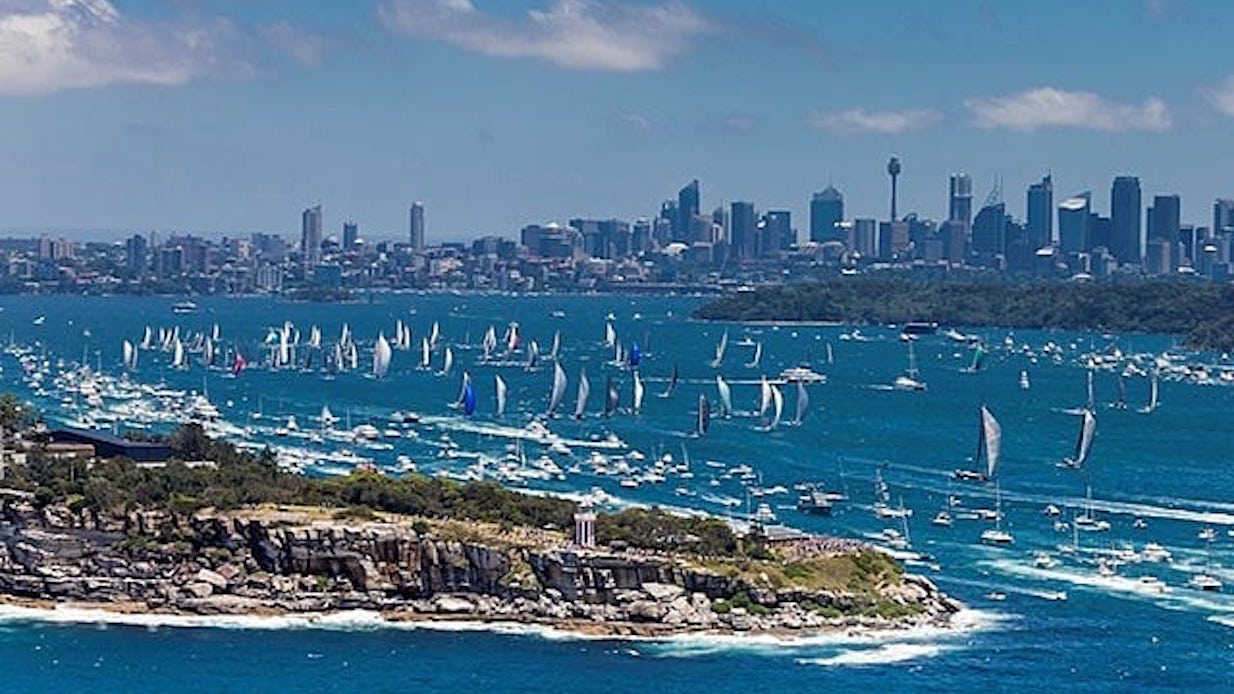