Having established himself as a daredevil of the sport of sailing, this latest stunt involves Thomson, on a kiteboard, chasing his IMOCA open 60 HUGO BOSS boat upwind and attaching himself via a rope to the top of the boat’s mast. The skipper then utilises the speed of the race boat to propel himself 280ft into the air, sending him surfing above the vast HUGO BOSS yacht. When Thomson reaches the peak of his flight, he detaches himself from the boat and expertly controls his descent back down, landing the kiteboard on the water in true Alex Thomson style, all whilst wearing a stylish BOSS suit.

Thomson is captured during the feat in a series of remarkable still images, as he kitesurfs more than twice the height of his HUGO BOSS mast, a height equivalent to a 25 story building.

With a passion for pushing himself to the limit – and having previously executed two other death-defying challenges out on the water – solo skipper Thomson was keen to complete the trilogy of stunts.

The Skywalk was carried out by Alex Thomson Racing, in partnership with sponsors HUGO BOSS and Mercedes-Benz. In total, 35 people were involved in the planning, co-ordination and execution of the stunt, including Alex Thomson Racing Operations Manager Ross Daniel, professional kite-surfer Susie Mai and kite-surfing coach Ray Kasper.

Having safely returned to dry land Thomson commented: “The previous two stunts that we carried out – The Mastwalk and The Keelwalk – were so successful that, as a team, we just knew we couldn’t stop there. We were all in agreement; we wanted to do something even bigger and better.

“I’ve always had a love for all things wind-powered so naturally a stunt which involved kite surfing was the next step. The idea of combining two of my favourite sports and executing something which, to our knowledge, had never been done before was really exciting.

“The team and I have been planning the stunt for a long time. There were lots of things that could have gone wrong. Perhaps most concerning for the team; was the prospect of an uncontrolled descent, causing me to come back down too fast. Water can be as hard as concrete if hit with enough velocity, so this was one of the most dangerous aspects of the stunt. But I had a brilliant team around me and, with their help; we managed to pull it off.”

This is the third daring stunt to be unveiled by the 41-year-old yachtsman and his team. Videos of The Keelwalk – a challenge which involved Thomson walking along the orange keel of his racing yacht, whilst heeled over and sailing at high speed – and The Mastwalk – which saw the skipper climb the 30 metre mast of HUGO BOSS and dive from the very top into the water – have now been viewed by more than 4.5m people around the world.

Thomson will compete in the pinnacle event of the Ocean Masters race calendar – the Vendée Globe – later this year, a race which begins on November 6th. The non-stop, solo, unassisted, round the world race takes approximately 80 days to complete. In the last edition of the race, back in 2013, Thomson finished in third place. This time around he is determined to be the first Brit to win the prestigious title.” 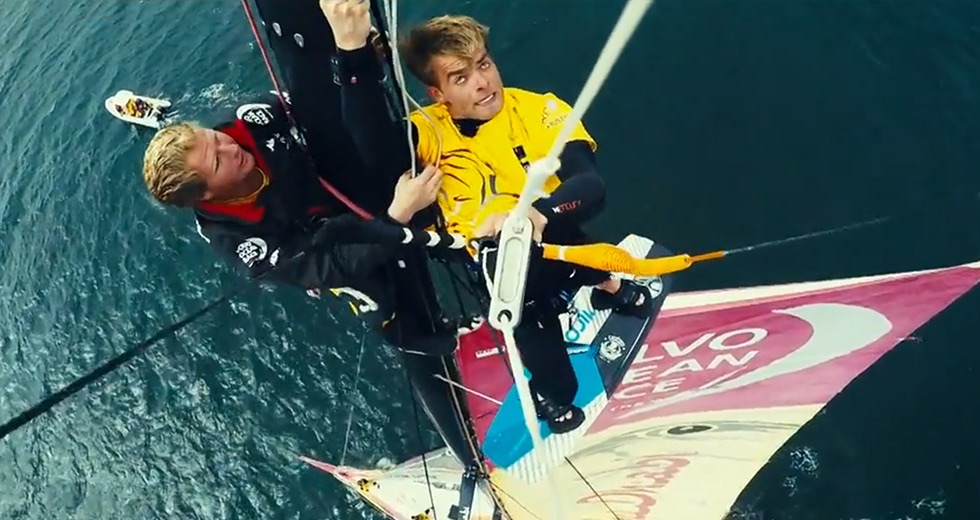 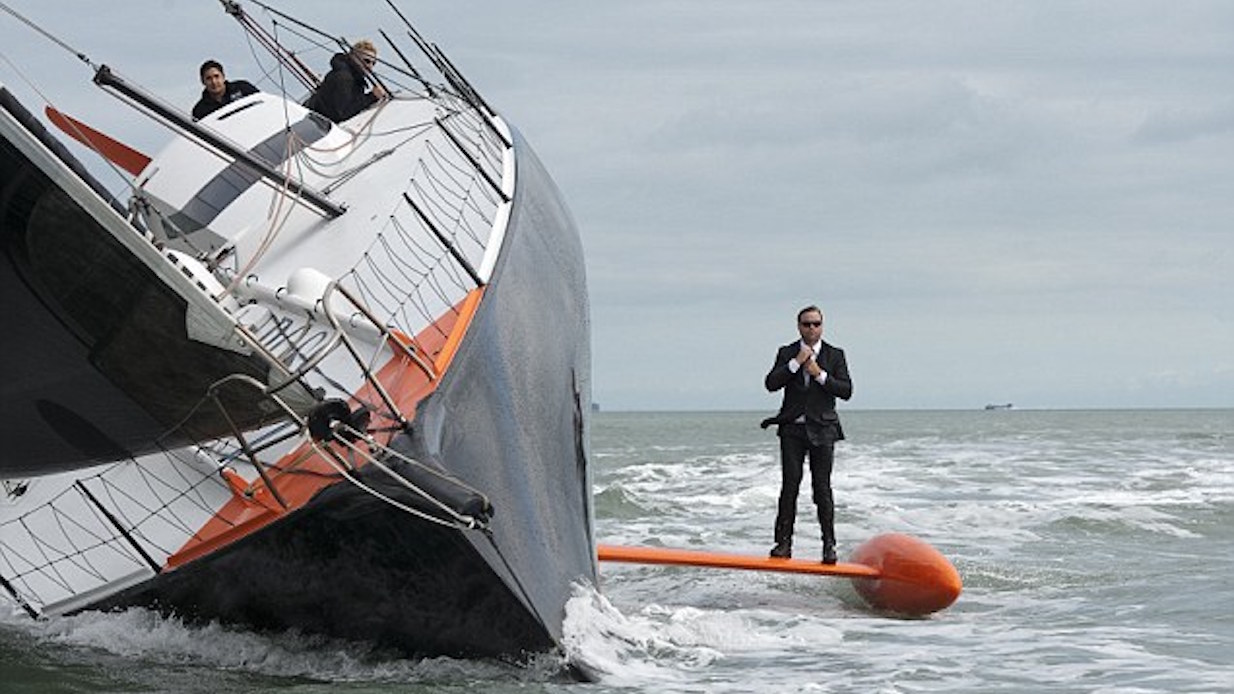 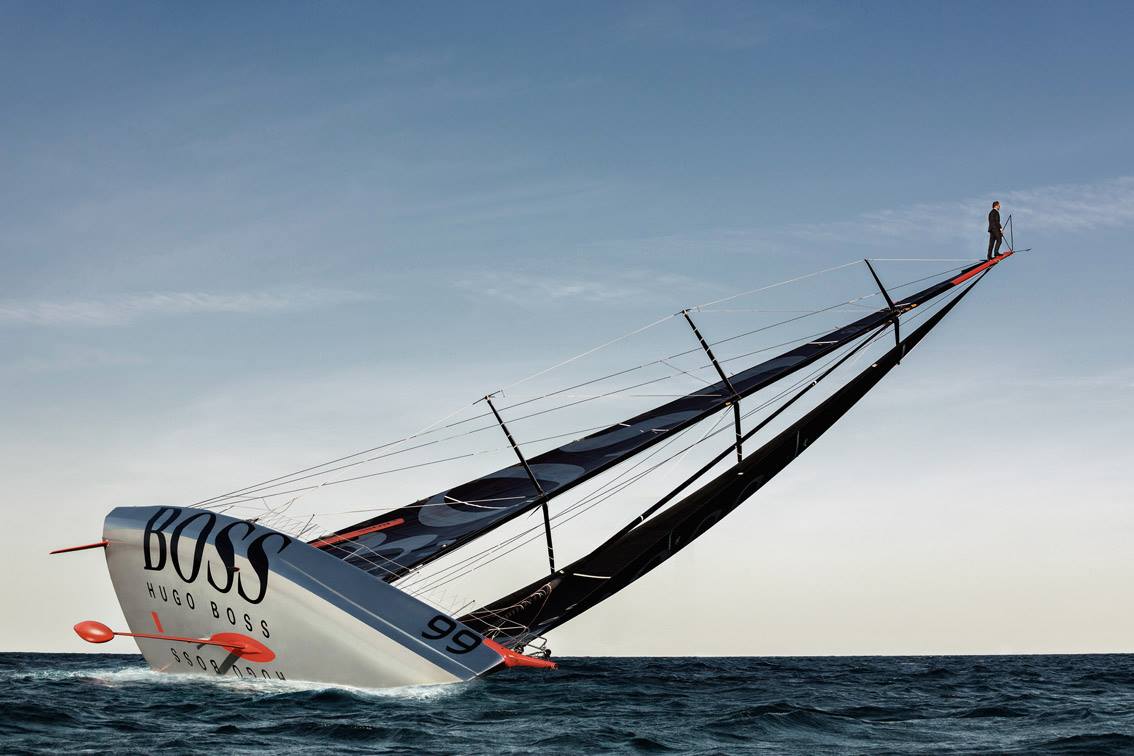 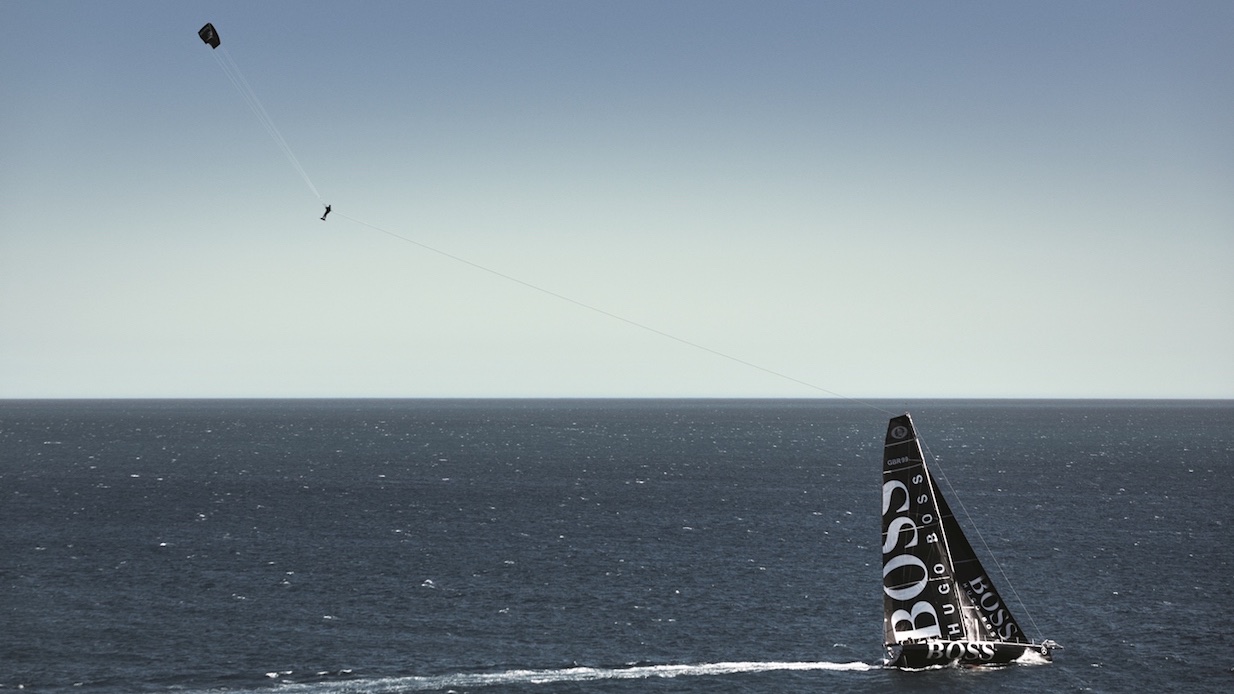